monk's dream III - she preached and healed and we played... 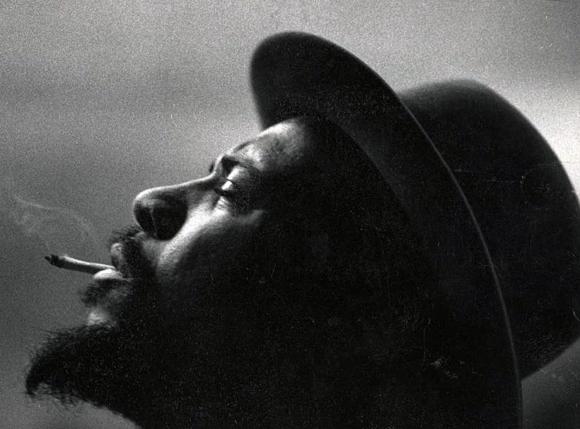 'while i was still in my teens, i went on the road with a group that played church music for an evangelist. rock and roll or rhythm and blues. that's what we were doing. only now they put different words to it. she preached and healed and we played'

thelonious and his siblings had absorbed the music of the church as children. besides attending church every sunday, the kids listended to their mother singing and humming hymns and gospel tunes in hushed tones around the house. thelonious would later record some of the sacred songs he heard as a child.
monk grew particularly fond of reverend charles a. tindley's hymn 'we'll understand it better, by and by' , which he composed around 1906. like so many 'old school' gospel musicians, monk alwayes referred to tindley's composition by the first line of the chorus, 'by and by when the morning comes.' the tune's medium tempo and swinging accents made it a perfect vehicle for monk. in fact, clark terry and monk's version of 'one foot in the gutter,' recorded in 1958, is based on the changes from 'we'll understand it better, by and by.'
robin d. g. kelley, thelonious monk. the life and times of an american original, ny 2009.