it just came to my mind to have a look if the four-piece duo big blood are still out there. my radar lost them some years ago. and well, they are. their sound has grown uglier and heavier. an unmistakable sign of vitality.

they have lavishly continued to give away their music for free (have a look at this site here), though you'll find some artfully packaged lps, cassettes or cds to buy out there. published via their own label. 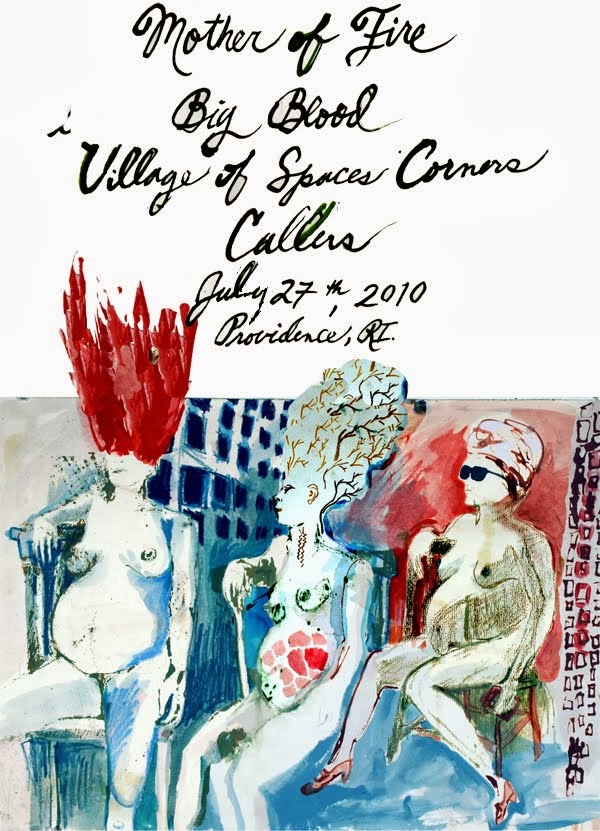 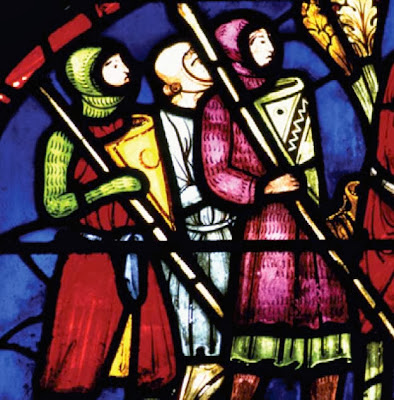 
click here, my dear...
"When prime ministers go to summits they can be described as "heading off to Europe". Anything they agree to there can later be attributed to something called "Brussels", which is a sinister compound that erodes national sovereignty – often, but by no means exclusively found in the capital of Belgium."

a short, but dense account on an illuminating, though horrifying, issue...

What does it mean when women perpetrate gang rapes?

"[...] Cohen’s theses also resonate with the work of sociologist Peggy Reeves Sanday whose book, Fraternity Gang Rape: Sex, Brotherhood, and Privilege on Campus, includes a cross-cultural analysis of rape-tolerant and rape-intolerant communities. Sanday studied 95 different societies and found that rape was rare in 47 percent of them—and common in 18 percent of them, or the most “rape-prone,” a category that includes the U.S. In particular, Sanday documented the use of gang rape in the development of fraternal bonds and the role played by women in targeting, cultivating, and entrapping victims. [...]"


Big, polysyllabic words: You don’t have to use them correctly; you just have to use them. Bonus points for Greco-Latinate words that end in “-ition,” “-ation,” “-ution,” “-ous,” “-ized,” “-ism,” “-ance,” “-ial,” “-ity,” and variations thereon. Double bonus points for words ending semi-inappropriately in “-ment,” as in “Torn Into Enthrallment.” These words don’t even have to be real. Is “Multivectorial Reionization” a real thing? Who cares?


Prepositional phrases: Same is true here, too — the more prepositional phrases, the better. “(-ation word) of the (ominous word)” is perhaps the most brutal of all grammatical constructions, which is why “Procreation (of the Wicked)” is one of the best song titles ever. It also has parentheses, which are a less common but still valued component of Death Metal English.

does the rise of men's sexual objectification mean equality?


thatcher is an open wound to europe, i guess. a lot of things to be remembered. her hybridisation of nationalism with an equally aggressive neoliberalism in the 70s and 80s have laid out the tracks for our present. few cultural revolutions have been of such a pervasive influence as the one her name stands for.

would you mind passing the hammer, please... 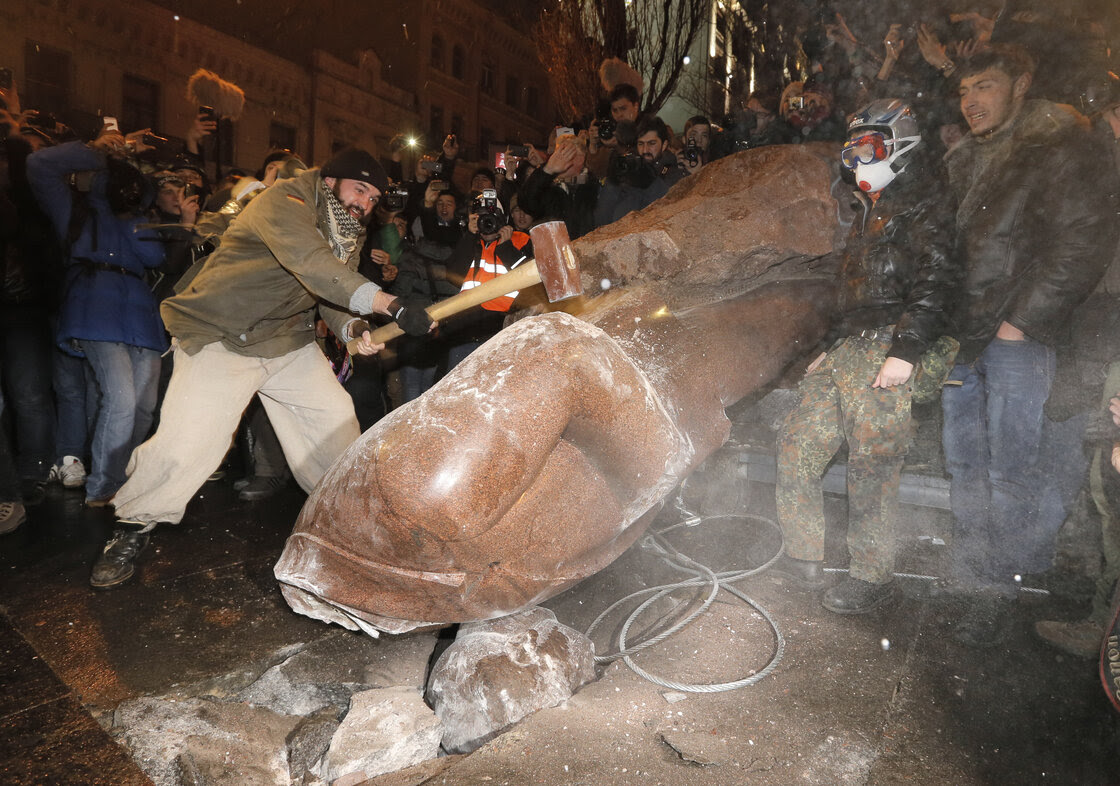 "...I think it is now clear to all of us that they are not running to Europe: they are running FROM US!  Run, brothers, run!

a rising tide lifts all boats... (re-post with a new spin)

great piece of politics by mr. ben paul balance-drew. or is it just music? it certainly is gonna mess with your head. if what's inside there is still alive.
remembering bitterly what happened in london this summer (the looting, the burning (2011, it's two yrs ago now)) the song talks about what is behind these events. a society that is consumerist and superficial on one hand, and classist and socially racist on the other. in the interview below the intelligent and politically conscious musician explains how these kids "made life ten times harder for themselves" because "they just played in the hands of what certain sectors were thinking about them", remembering that what in england is commonly acceptable to be stated about the underclass is not simply stereotypical but plainly racist, because it strips the poor of their individuality and their humanity while at the same time hiding what keeps these people where they are, i.e. at the bottom: a constant and momentous vilification by the majority of the society, an education that doesn't provide the means to grab the fewer opportunities in this social stratum and a socioeconomic system that always has lived with social inequality as it's byproduct and is increasingly doing so since the 80s. ever tried to compare this with how french society looks at the banlieus, what germans think about people who are on welfare and get the so called 'hartzIV' benefits or what austrians mean when they use the word 'prolo'? not too far from the british chav, drew's refering to at 0:19 in the music video (1:50 in the interview), i'd say. the difference lies exclusively in the level of inequality and antagonism, not in the dynamic or structure of social relations.
adressing the english middle class, drew says: "just because you were lucky enough to be born into a family that can afford to give you an education doesn't make you better, it just makes you lucky." on the other side (or the under side): "why were there so many of them who don't care about getting a criminal record? why is that?" it's because they think "i'll never change the way you think about me, so i'm actually gonna play up to it."
we're only animals in the end: "when we're backed in to a corner we lash out."

a rising tide lifts all boats
(new and interesting account of what happened in 2011 seen in a historical perspective. published on endnotes, 2013. worth reading.)

"...these developments reinforce real long-term deprivation, the most salient dimension on which this exclusion occurs is a social logic of abjection experienced first and foremost in the encounter with the repressive arm of the state. Everything else follows: mediatised victimisation of residents, unending chain of aspirant cabinet members feigning deep concern, think-tank concept creation, crypto-racist scandals about a feckless, parasitic underclass."

"...the Right has turned instead to Islamic and European bogeymen to define its programmes. Nonetheless London’s poor black neighbourhoods have been at the leading edge of the logics of abjection through which a punitive state has come into being, and indeed their struggles within this logic are organically related to the transformations of “race” itself. If the black of the late 1970s and early 1980s was, to state it crudely, the prototype for today’s “feral underclass”, the major linking thread here is not “race” as any essential trait, nor even any stable, coherent sociological category, but a social logic of abjection by which specific figures, associated primarily with poor urban neighbourhoods, are posited as the limit concepts of affirmable social class"


"Thus it was that the Thatcher government campaigned for re-election, at the height of nationalist jingoism after the Falklands War, boasting of scrapping the sus law, and arguing that if “Labour say he’s black, Tories say he’s British”. Anti-racism of one type or another had become a matter of state policy, no matter how bigoted Thatcher and her ilk as individuals."

why should women "deal" with this? 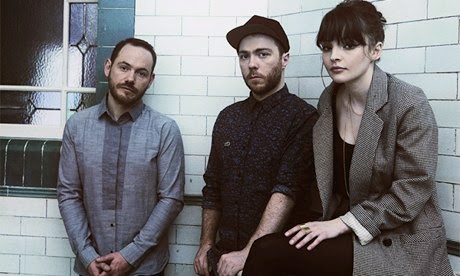 Chvrches' Lauren Mayberry: 'I will not accept online misogyny'


anonymity on the internet reveals the worst of male culture, it seems. and the web ist really full of it.
won't get any better until guys stand up against it, too.

i think i could post an interview with lemmy kilmister every day... 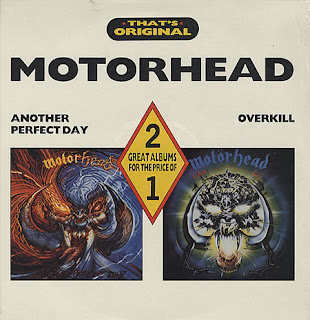 came upon this extra-cheap motorhead-double-mc again. in the cupboard of my room back home, buried under dozens of old cassettes. must have bought it when i was 13 or so...
enjoy. you bastards.